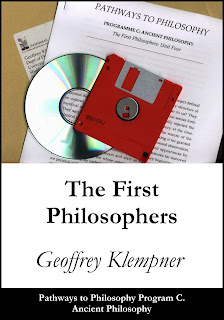 Around 600 BC in ancient Greece a radically new idea took root. Beliefs about a world derived from religious dogma and myths gave way to the notion of a universe structured on rational principles which human beings could uncover with the aid of reason and logic. Exactly how the idea arose remains a mystery. But it was the seed of all that has subsequently come under the name of 'Philosophy'. By delving into the fragments that have been preserved of the theories and writings of these first, 'pre-Socratic' philosophers, such as Thales, Anaximander, Zeno and Parmenides, we shall encounter problems and paradoxes that remain unsolved to this day.